I was pretty active in church as a teenager (that was a long time ago now). We had Lock-Ins (where the youth group would spend all night at the church), retreats, summer camp, conferences. It was pretty good being a teen in the church.

I once attended a youth conference at Texas Christian University that was interesting and fun. There were a lot of teens there – it felt like thousands. We would have speakers in the main auditorium with all of us in attendance, and we also had some smaller groups with speakers.

I was in a smaller group that had a speaker who was traveling across the country to tell his story. This speaker was very eloquent, and the message was one of salvation. He was a young-ish man, perhaps late 20's – who exuded “coolness” from his sunglasses, pony-tail and motorcycle to his ripped physique. I don't recall much of the actual message, but I do recall this gentleman relating his past. 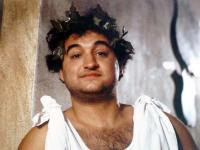 His past was sordid, divorced parents, abusive father, ran away from home when he was 14 and lived on the streets until he was 17. Drugs, alcohol. But he became self-sufficient, and by the time he was 18 he had got his GED and a job and started taking night school at the local community college. That didn't make him happy because he started partying. Oh, and he was an Atheist. And then he found God and started his journey of evangelism.

I wasn't sure, back then, what an Atheist was – but I was sure that I didn't want to be anything that caused me so much sin and unhappiness. Mr. Cool made it very clear that Atheism led to despair, and God led to happiness. He wasn't ordained, he didn't have any religious training, he was still in college at the time so he wasn't even degreed. All of his credibility came from his dramatic salvation.

This has become a cliché.

There are a lot of influential, even powerful Christians in today's evangelical groups whose sole credibility comes from a “dramatic transformation” from evil to good, from Godlessness to Godfullness. And the more “dramatic” the salvation, the more credibility that they have.

Speaking as an Atheist now, I call “B.S.” I smell a rat. Something is not right here.

In “More than a Carpenter” Josh McDowell lays out his “credentials” by stating his past non-belief and sinful life. Ron Luce talks about his broken home and drug and alcohol abuse as a young teen. Ray Comfort (of banana fame) saw church as a sort of joke.

This sort of dramatic salvation leads to a common response when I tell believers that I'm an Atheist. “Oh, I used to be Just Like You.”

This has also become a cliché.

There are two things wrong with gaining credibility through personal transformation – the first is that since the transformation is by definition a personal experience it is difficult, no impossible, for an outsider to know just how dramatic that transformation truly was. How can anyone tell how much of each story is exaggerated, overblown or mis-remembered? If an extra detail that never happened means the difference between credibility and obscurity for the speaker, does it get added on in a moment of hubris which is then recorded for posterity? Do the extra details become an albatross around the speaker's neck, or do they become an unearned “badge of honor”?

The second thing wrong with the belief that Godlessness equates to unhappiness and sin is that too frequently it doesn't! I know a couple of Atheist teens and have read the writings of several more. I know quite a few adult Atheists, and read about Atheist families. Many, most even, are happy, well adjusted, and no more prone to drugs and drinking than any other Southern Baptist.
Sometimes it seems to infuriate a few religious people that a non-religious family can grow together in a happy, loving environment.

And lastly, when someone says to me, “Oh, I used to be Just Like You.” I let them know that I used to be Christian, and am now an Atheist. This only momentarily derails a believer – they quickly shore up their faith by deciding that I was either hurt and became angry at God, or that I was never 'really and truly' a Christian, or that “bad” Christians drove me away from the faith.

Christians seem to rejoice in simple, black and white answers.

And that has also become a cliché.
at Friday, August 01, 2008
Email ThisBlogThis!Share to TwitterShare to FacebookShare to Pinterest