The Bible for Dummies 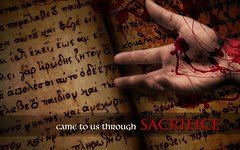 I was a Christian for a dozen years. The following is my attempt to summarize in a nutshell what I read in the Bible:

That's it. How come I needed twelve years to come to my senses? How come that book is still taken seriously today?

at Sunday, January 24, 2010
Email ThisBlogThis!Share to TwitterShare to FacebookShare to Pinterest

Be proud of yourself for your short stay in delusion. It took some of many more years than you to discover the truth, and have it set us free.

Thanks you so much for your concise description of the folly which is the bible and the fools which are its adherents.

I think the second sentence of #12 is one huge reason it takes so many people so long to come to their senses, if at all.

What a brilliant summary of that idiotic piece of "literature". Thanks!

Excellent summary, John. You've provided all the essential "facts" of the Bible in a tiny fraction of the space. Now that is what I call concise! Thanks for the post.