Sex Sells - Even in church 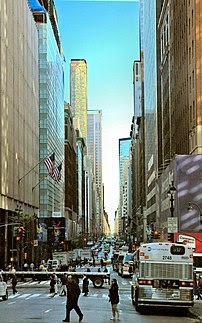 As Madison Avenue has shown us, sex, with the right mix of pop culture and edge can sell almost anything –Coca Cola, the Joker—or, as it turns out, the theological equivalent of either.

This weekend's NYT Magazine featured a piece by Molly Worthen about Seattle megachurch Mars Hill: "Who Would Jesus Smack Down?". The article, like the church itself, leads with titillation. And as in the church itself, the titillation is an opener for Calvinism – the kind of fundamentalism that says we are all utterly depraved, doomed to eternal torture – except that the God of Calvin has chosen a lucky inside group for salvation.

Having been to Mars Hill, I can assure you the racy talk in the article doesn’t happen just during sermons about sex. At a evangelistic rally on the University of Washington campus last year, the church’s founder and star, Mark Driscoll, began by expressing the angst he felt when his zipper got stuck right before the opening rock band went on. A few minutes later he commented that he needed to end on time because his wife had cream pies (his favorite) waiting at home. Being, as I am, old and out of it, a college-age friend had to explain the popular allusion.

It’s no divine accident that membership at Mars Hill has gone from zero to five figures in just over ten years. As Madison Avenue has shown us, sex, with the right mix of pop culture and edge can sell almost anything –Coca Cola, the Joker—or, as it turns out, the theological equivalent of either. Mars Hill is the leader in a group of churches that have gotten the concoction close to perfect: jeans-with-bulges in the pulpit, piercings, beer, and blood atonement.

It would be funny if, well, if it wasn’t so real.

Now, if all that is standing between Mr. Driscoll and debauchery, lechery and murder is some belief that a literal Jewish rabbi literally rose from the dead 2000 years ago, I’m very glad this is what he believes. Some people shouldn’t have their religion messed with. But did you catch what he was implying about the rest of us – all the Christians who think of the resurrection as a symbolic, spiritual reality and all of the non-believers who think of it as bunk? Depraved. Utterly.

The problem with theology is that it is powerful. It has consequences that are moral, social and political. It can take kind smart people and make them even more scrupulous and generous. It can also take kind smart people and make them care more about gay marriage than war. It can take marginal alcoholics and make them into dry do-gooders. It can also take marginal alcoholics and get them to beat gay people to death. It can save lives, as believers can attest. And it can trash them, as former believers at ExChristian.net also attest. It can take ordinary college students and tattoo artists and make them think the rest of us are depraved.

The theology of places like Mars Hill is dark and uncompromising by design. Originally, it reflected the violent Reformation in which it emerged, and today it mirrors the youth culture in which it is packaged. Information technology and social complexity threaten traditional he-man virtues and, at times, overwhelm all of us. Calvinism offers a theology that fits for former football stars and body builders as well as young people who are hungry for solid answers—answers that are less complicated than the world they inherited.

When I once visited the mega-church of Driscoll’s mentor, a Seattle fundie-celeb named Ken Hutcherson, I got to experience a thirty minute pop/biblical/stand-up riff against girlie-men (and gays). The multi-racial, multi-generational working class audience was eating it up. At one crescendo Hutcherson said, “If I was at a drug store and some guy opened the door for me, I’d rip off his arm and beat him with the wet end.” Just like Jesus, don’t you know.

A friend of mine attends an open inquiring Anglican church, the kind that has female clergy and allows Buddhists to borrow space for meditation in the evenings, the kind that is more aligned with open source spirituality or Common Wisdom than Calvinism. At a soccer game in the fall, she commented that her teenager liked Mars Hill. Mom was sympathetic; the rock band and rock climbing seemed a lot more enticing than liturgy and stained glass. She became dismayed, though, when I mentioned a little of what lay beneath the tech and tattoos: a literally perfect Bible, Jesus as a human sacrifice, and complementarianism (a separate-but-equal approach to gender). Suddenly, she didn’t want her daughter under Driscoll’s influence.

These churches appeal to kids, because they try to. One of Mars Hill’s top competitors, City Church, has a skateboard church, "the Mvmnt" and a latte bar – replete with dark, edgy art and boards. This fall, City Church got busted because one of their volunteer "tutors” was soliciting kids in my daughter’s public middle school lunchroom!

If you’re the kind of parent who cares about what Hollywood is feeding your kid, don’t take it for granted that the hip, cool (in middle-school words "pimp, tight, filthy, sick") church down the street—-or the one handing out shiny cards in the lunchroom--offers a better alternative.

Valerie Tarico is the author of The Dark Side: How Evangelical Teachings Corrupt Love and Truth, and the founder of www.WisdomCommons.org.

at Tuesday, January 13, 2009
Email ThisBlogThis!Share to TwitterShare to FacebookShare to Pinterest