The Power of God 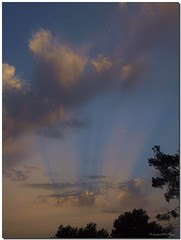 According to the Bible and Christians, God created the earth and universe in just six days. Let us take a good look at this.

Let's assume that this god did indeed create the universe. Then he would have to have extremely advanced knowledge and skill in physics, mathematics, engineering and so on. On top of that he would require an immense power source beyond imagination.

So we are talking about someone with incredible power, knowledge and skill.

So herein lies the problem. With all this power, knowledge and skill god seems to have a few issues regarding a couple of other skills. Communication and planning.

Given all his wisdom, power and ability to see the future as well as the past god's only communication to us is a book so confusing, convoluted and riddle with mistakes (he can create the universe, but not handle a handful of authors and document copiers????) called the Bible.

On top of that those that claim to understand it can't seem to agree on what it says and often twist it to their own advantage. Most of these people still don't even understand all of it anyway.

Then there is prayer. A system proven to be nothing more than chance at best. We are expected to believe in the power of prayer and yet most answers seem just luck and random chance. God listens to one believer, but ignores a great many more. Not only poor communicating to us, but poor at listening to us as well. Christians will come up with many (canned answers...yes it's a pet peeve) for why this is otherwise known as denial.

Given the history of the Bible and the fact that god built our home right in the middle of Satan central it is evident god has poor planning skills. Couldn't he have waited till Satan was destroyed or imprisoned? And with all the power why is it so hard to do so?

According to the Bible when Satan rebelled God kicked him out of heaven and LET HIM GO???? Surely he knew (and he did since he knows the future) that there would be problems to follow?

I am told that our suffering is part of his great plan. Here is that great plan. This is based on what I have been told by Xians.

“Man had to fall into sin so Jesus could die on the cross so we could have with god what we already had with god before the fall.”

See how clear it all is? Makes so much sense doesn't it? OF COURSE NOT!

It is quite evident that god isn't as powerful or smart as Xians want us to think. How could he be? I mean is this whole mess really part of his plan? Is this the best he could do? Why is his plan so easily thwarted by us mere humans. I can barely build a birdhouse, yet the builder of the universe's plans are easily thwarted by me.

I submit to you that there is no way this Bible god can be real? How could he be? If he is real, he should be fired.

No, posting my Facebook page is not an open invitation for Christian trolls to contact me with some stupid argument. I have a life and prefer to spend it away from the computer, as well as avoiding lame, warmed-over arguments.

at Sunday, November 29, 2009
Email ThisBlogThis!Share to TwitterShare to FacebookShare to Pinterest