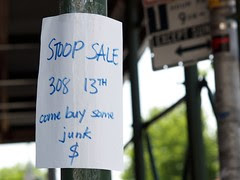 First off, for any Christian reading this, what do the words “Lead us not into temptation” mean? I know that’s from the Lord’s Prayer, the Perfect prayer, of which there are two versions. It means that, out of all those fruits in Eden, the lord deliberately pointed out that you shouldn’t eat those of that particular tree he deliberately planted there, according to your beliefs. It also means that the hands placed so close to certain organs are not allowed to touch and play with them. In fact, there are many examples of the lord’s tempting. You can blame Eve and the serpent all you want, but guess who put the boiling pot of water just where the child would tip it over onto himself?

There is a line in the movie “The Princess Bride”, where the serf tells the padre, “I’m not buying what you’re selling.” All those reverends, popes, rabbis, imams, seers, etc. are selling. In a free market for religion they’re out with sales pitches, putting up advertising in front of churches, on billboards, and broadcasting 24/7.

“People will buy junk when they can’t afford the necessities.” Give them credit; they’re making money up the caboodle, usually tax free, no surprise there. They have also managed to create consumers from childhood, the way McDonald’s and Mattel do. And they get their consumers to endorse and push their products, despite the fact that their products are intangible, like all those other entertainments of TV, movies, magic shows, comedy routines, etc... What they sell is more akin to those “as seen on TV” gadgets. Lacking substance, what they sell, as Lee Iacocca put it, is sizzle. So much depends on keeping up the illusions, expectations, and hope, through slogans, constant trumpeting (the vaguer, the louder), and florid sales pitches and deceptive advertising that “there is more than meets the eye, trust me.”

The beauty of the product is that the fantasy is what the buyer makes it to be, like Barbie, G.I. Joe, that Nemo stuffed toy, that have their own lives plus the embellished lives the owner gives them. Religions try to meet the expectations of all of those who want the toy.

Religions’ stories (and they ARE only stories), and their “need to know” doctrines exist to keep their businesses in business. Another thing they do is adapt, like fast-food restaurants, adding new items to their menus from time to time. They use videos, movies, rock music, etc., all the high-tech available. But, they’re still selling junk you don’t need. You might wonder if many of them care.

They’re selling outdated, unworkable, complex and dangerous contraptions even they aren’t aware of being so, because it’s a living, it’s tradition, and there is ALWAYS a market for hope, of sharing in their versions of the Home Shopping Network, of a nationwide fascination with buying. Why, I know people, as you do, who have bought so much of that junk they don’t need that it’s overflowing their storage spaces. Their minds and psyches are so overloaded that they can’t find the facts and reason to make sense of it or put it in any order, why they hang onto it, or their reasons for purchasing in the first place. And they keep adding still more. It’s like a drug addiction, like alcoholism, aided and abetted by law, where the pushers are the spokesmen of supposed deities.

Well, the consumers are so taken in, have so much of the mutual support they demand, have so, so much invested, that they even swear by these pushers and defend them. There’s little chance they’ll change their mind; after all, that would involve facing the fact that they’ve been had.

There are so many salesmen out there, with so many dubious, conflicting claims and testimonials. What they have in common is that they want your money, even if they can’t use your mind and emotions to serve their power purposes. They CRAVE your trust. And even if you don’t trust them, they’ll welcome the money anyway, please, and thank you.

And seriously, they shouldn’t be allowed to claim that if you, your family, friends, neighbors or nation won’t buy their products, you will be punished beyond measure. (Or that you had better be punished here and now, and nuts to waiting for later.) All religions should, by law, be required to post the disclaimer: “WE DON’T KNOW.”

I worked with a man who would often quote from his father’s wisdom. One of those sayings was, “People will buy junk when they can’t afford the necessities.” Now that you are “ex”, and you have your life back, where will the money go, and the time, the effort, the emotions you had given to religion?

You might consider UNICEF. I received a newsletter from them thanking me for contributing to an African widow with five children. Her loan enabled her to become an independent entrepreneur, and she eventually took in other children orphaned by parents with AIDS. You might contribute to micro loans to third world citizens, enabling girls and women to be educated and freeing them to become independent businesspeople or doctors, lawyers, etc. You might write letters to the editor of your local newspapers protesting civil rights and moral violations and the ridiculous claims of religion. Some of them might not be published, but some will, and at least the editor will have to read them and think about your points.

There is a whole world to put your free mind to pursuing and discovering. You might think about the trust of your beloved and the tender responsibility you have for her or him. There’s an astounding amount of space created when you throw out all the junk, isn’t there?

at Tuesday, November 24, 2009
Email ThisBlogThis!Share to TwitterShare to FacebookShare to Pinterest