Mind Hacking God - Why feelings of God mean less than you think. 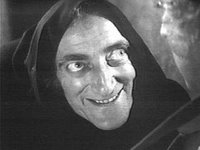 "Igor, would you mind telling me whose brain I did put in?"
"And you won't be angry?"
- Young Frankenstein

At one time, I believed that (Christian) religion was required to experience ‘God’s Love’, which is often identified with an uplifting feeling of acceptance and comfort, or of reverence and awe. Religious people often say that they can feel God’s presence in their lives. They can feel forgiveness. This blinding moment of transcendence, of rising above and outside of yourself is often the defining moment in many ‘born again’ Christian’s lives. While I was Christian I experienced this feeling, and was amazed and humbled by it.

I no longer believe that you have to be Christian to experience this sensation of the divine.

I started thinking about this again when one of my friends recently told me that religion was difficult to give up because she needed the feeling of spirituality it gave her. As an American Indian, she enjoys rising above her consciousness and communing with others in her sweat lodge.

Here is a somewhat edited version of what I told her:

When I was a Christian, there were several occasions when I experienced the feeling of God’s divinity, when I felt like God was watching over me with warm loving acceptance. That feeling was one of the reasons why it was so difficult for me to leave Christianity. The bible was self-contradictory and spoke of an evil, mean, spiteful and jealous God. Religion didn't make sense – where was this feeling of acceptance and love and forgiveness coming from??

I finally read about how people of other religions, or practices, also create this feeling of transcendence, Bodhi, Satori, Nirvana or enlightenment in themselves; Monks from Tibet, Masters from India, or from elsewhere in Asia where they worship ancestors or animal spirits instead of God, sweat lodges, even fasting. Throughout history people have found different ways to attain these feelings, this insight, or 'god' feeling.

Since most religions are mutually exclusive, the feelings can’t all be coming from one god. Either there is a multitude of gods, or it is all in our heads.

The field of Neurotheology is currently a ‘borderland science’ that is still hotly contested. Religious results seem to be inconsistent when magnets are used to stimulate the brain – perhaps because individuals all seem to be ‘wired’ somewhat differently. In other cases there are firm results that show a connection between brain and religious experiences in people who experience seizures, or when electrical stimulation is applied directly to the brain during brain surgery. An experiment involving Nuns has also shown that a variety of brain locations seem to be affected during the recreation of religious feelings.

I find it very plausible that religious experience is created in the software of our minds as it runs on the wetware of our brains. I think this way because after I became Atheist, I was able to re-achieve transcending feelings of awe, of acceptance, of being comforted, and of reverence.

I don’t think that feelings of Nirvana come from outside of us because the feelings are not created by a common cause. Fasting in a sweat lodge, singing in mass, inspired group visualization (i.e. preaching) and meditation can all bring people to achieve these feelings.

Religion isn’t the answer because these feelings can be achieved in mutually exclusive religions.

I've managed to recreate these religious feelings as an Atheist by using music while meditating. Classical music will do it for me. Oddly enough, so will Van Halen's "Jump". It's the same feeling of love, peace and acceptance that I got when I was Christian, only now I know that I’m the one making it happen.

Sam Harris was, unjustly in my opinion, criticized by non-believers for his position on meditation in his book “The End of Faith.” Non-believers were upset that Harris seemed to be edging into ‘woo woo’ areas; especially since he seems to be saying that meditation can be used to discover new things.

I don’t think Sam Harris is talking about using meditation in order to somehow psychically gain new knowledge. I think that the experience of transcending one’s self can be profoundly life-affirming, even life-changing. Perhaps it is a necessary part of being a whole person. This experience allows us to find new insight into our lives. I think that although it may feel mystical, and magical, it's really just happening inside our heads.

What this means to me is that it is possible to be a spiritual Atheist, not in some pseudoscientific paranormal sense, but in the sense that ‘mind’, the software that runs on the brain, has the capacity to achieve a different level of awareness of itself.