Ingersoll on Jesus and the Bible 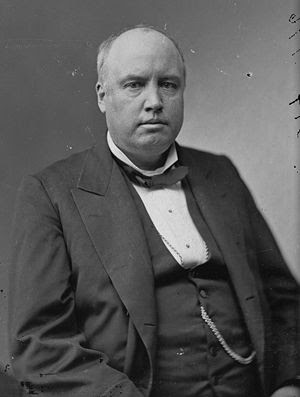 Today we are familiar with the “New Atheists” authors on the bookstands. Sometimes it does one good to read Robert Ingersoll, the prince of atheists. In 1894 he wrote “About The Holy Bible” and in the sections of that work below he discusses the two foundational beliefs of Christianity and slays them down to dust. What are we to think of the uniqueness of Jesus Christ and the "inspired" Holy Bible? If they are rejected what is the real Bible? -- dealdoctor

WHY SHOULD WE PLACE CHRIST AT THE TOP AND SUMMIT OF THE HUMAN RACE?

Was he kinder, more forgiving, more self-sacrificing than Buddha? Was he wiser, did he meet death with more perfect calmness, than Socrates? Was he more patient, more charitable, than Epictetus? Was he a greater philosopher, a deeper thinker, than Epicurus? In what respect was he the superior of Zoroaster? Was he gentler than Lao-tsze, more universal than Confucius? Were his ideas of human rights and duties superior to those of Zeno? Did he express grander truths than Cicero? Was his mind subtler than Spinoza's? Was his brain equal to Kepler's or Newton's? Was he grander in death -- a sublimer martyr than Bruno? Was he in intelligence, in the force and beauty of expression, in breadth and scope of thought, in wealth of illustration, in aptness of comparison, in knowledge of the human brain and heart, of all passions, hopes and fears, the equal of Shakespeare, the greatest of the human race?

If Christ was in fact God, he knew all the future. Before him like a panorama moved the history yet to be. He knew how his words would be interpreted. He knew what crimes, what horrors, what infamies, would be committed in his name. He knew that the hungry flames of persecution would climb around the limbs of countless martyrs. He knew that; thousands and thousands of brave men and women would languish in dungeons in darkness, filled with pain. He knew that his church would invent and use instruments of torture; that his followers would appeal to whip and fagot, to chain and rack. He saw the horizon of the future lurid with the flames of the auto da fe. He knew what creeds would spring like poisonous fungi from every text. He saw the ignorant sects waging war against each other. He saw thousands of men, under the orders of priests, building prisons for their fellow-men. He saw thousands of scaffolds dripping with the best and bravest blood. He saw his followers using the instruments of pain. He heard the groans -- saw the faces white with agony. He heard the shrieks and sobs and cries of all the moaning, martyred multitudes. He knew that commentaries would be written on his words with swords, to be read by the light of fagots. He knew that the Inquisition would be born of the teachings attributed to him.

He saw the interpolations and falsehoods that hypocrisy would write and tell. He saw all wars that would he waged, and he knew that above these fields of death, these dungeons, these rackings, these burnings, these executions, for a thousand years would float the dripping banner of the cross.

He knew that hypocrisy would be robed and crowned -- that cruelty and credulity would rule the world; knew that liberty would perish from the earth; knew that popes and kings in his name would enslave the souls and bodies of men; knew that they would persecute and destroy the discoverers, thinkers and inventors; knew that his church would extinguish reason's holy light and leave the world without a star.

He saw his disciples extinguishing the eyes of men, flaying them alive, cutting out their tongues, searching for all the nerves of pain.

He knew that in his name his followers would trade in human flesh; that cradles would be robbed and women's breasts unbabed for gold.

And yet he died with voiceless lips.

Why did he fail to speak? Why did he not tell his disciples, and through them the world: "You shall not burn, imprison and torture in my name. You shall not persecute your fellow-men."

Why did he go dumbly to his death, leaving the world to misery and to doubt?

I will tell you why. He was a man, and did not know.

Not before about the third century was it claimed or believed that the books composing the New Testament were inspired.

It will be remembered that there were a great number of books, of Gospels, Epistles and Acts, and that from these the "inspired" ones were selected by "uninspired" men.

Between the "Fathers" there were great differences of opinion as to which books were inspired; much discussion and plenty of hatred. Many of the books now deemed spurious were by many of the "Fathers" regarded as divine, and some now regarded as inspired were believed to be spurious. Many of the early Christians and some of the "Fathers" repudiated the Gospel of John, the Epistle to the Hebrews, Jade, James, Peter, and the Revelation of St. John. On the other hand, many of them regarded the Gospel of the Hebrews, of the Egyptians, the Preaching of Peter, the Shepherd of Hermas, the Epistle of Bar nabas, the Pastor of Hermas, the Revelation of Peter, the Revelation of Paul, the Epistle of Clement, the Gospel of Nicodemus, inspired books, equal to the very best.

From all these books, and many others, the Christians selected the inspired ones.

The men who did the selecting were ignorant and superstitious. They were firm believers in the miraculous. They thought that diseases had been cured by the aprons and handkerchiefs of the apostles, by the bones of the dead. They believed in the fable of the Phoenix, and that the hyenas changed their sex every year.

Were the men who through many centuries made the selections inspired? Were they -- ignorant, credulous, stupid and malicious -- as well qualified to judge of "inspiration" as the students of our time? How are we bound by their opinion? Have we not the right to judge for ourselves?

The truth is that the Protestants did not agree as to what books are inspired until 1647, by the Assembly of Westminster.

To prove that a book is inspired you must prove the existence of God. You must also prove that this God thinks, acts, has objects, ends and aims. This is somewhat difficult.

God is a guess. If the existence of God is admitted, how are we to prove that he inspired the writers of the books of the Bible?

What is inspiration? Did God use men as instruments? Did he cause them to write his thoughts? Did he take possession of their minds and destroy their wills?

Were these writers only partly controlled, so that their mistakes, their ignorance and their prejudices were mingled with the wisdom of God?

How are we to separate the mistakes of man from the thoughts of God? Can we do this without being inspired ourselves? If the original writers were inspired, then the translators should have been, and so should be the men who tell us what the Bible means.

How is it possible for a human being to know that he is inspired by an infinite being? But of one thing we may be certain: An inspired book should certainly excel all the books produced by uninspired men. It should, above all, be true, filled with wisdom, blossoming in beauty -- perfect.

Ministers wonder how I can be wicked enough to attack the Bible.

I will tell them: This book, the Bible, has persecuted, even unto death, the wisest and the best. This book stayed and stopped the onward movement of the human race. This book poisoned the fountains of learning and misdirected the energies of man.

This book is the enemy of freedom, the support of slavery. This book sowed the seeds of hatred in families and nations, fed the flames of war, and impoverished the world. This book is the breastwork of kings and tyrants -- the enslaver of women and children. This book has corrupted parliaments and courts. This book has made colleges and universities the teachers of error and the haters of science. This book has filled Christendom with hateful, cruel, ignorant and warring sects. This book taught men to kill their fellows for religion's sake. This book funded the Inquisition, invented the instruments of torture, built the dungeons in which the good and loving languished, forged the chains that rusted in their flesh, erected the scaffolds whereon they died. This book piled fagots about the feet of the just. This book drove reason from the minds of millions and filled the asylums with the insane.

This book has caused fathers and mothers to shed the blood of their babes. This book was the auction block on which the slave- mother stood when she was sold from her child. This book filled the sails of the slave-trader and made merchandise of human flesh. This book lighted the fires that burned "witches" and "wizards." This book filled the darkness with ghouls and ghosts, and the bodies of men and women with devils. This book polluted the souls of men with the infamous dogma of eternal pain. This book made credulity the greatest of virtues, and investigation the greatest of crimes. This book filled nations with hermits, monks and nuns -- with the pious and the useless. This book placed the ignorant and unclean saint above the philosopher and philanthropist. This book taught man to despise the joys of this life, that he might be happy in another -- to waste this world for the sake of the next.

I attack this book because it is the enemy of human liberty -- the greatest obstruction across the highway of human progress.

Let me ask the ministers one question: How can you be wicked enough to defend this book?

For thousands of years men have been writing the real Bible, and it is being written from day to day, and it will never be finished while man has life. All the facts that we know, all the truly recorded events, all the discoveries and inventions, all the wonderful machines whose wheels and levers seem to think, all the poems, crystals from the brain, flowers from the heart, all the songs of love and joy, of smiles and tears, the great dramas of Imagination's world, the wondrous paintings, miracles of form and color, of light and shade, the marvelous marbles that seem to live and breathe, the secrets told by rock and star, by dust and flower, by rain and snow, by frost and flame, by winding stream and desert sand, by mountain range and billowed sea.

All the wisdom that lengthens and ennobles life, all that avoids or cures disease, or conquers pain -- all just and perfect laws and rules that guide and shape our lives, all thoughts that feed the flames of love the music that transfigures, enraptures and enthralls the victories of heart and brain, the miracles that hands have wrought, the deft and cunning hands of those who worked for wife and child, the histories of noble deeds, of brave and useful men, of faithful loving wives, of quenchless mother-love, of conflicts for the right, of sufferings for the truth, of all the best that all the men and women of the world have said, and thought and done through all the years.

The full text of this work along with many other writings of Robert Ingersoll can be found for free at http://www.infidels.org/library/historical/robert_ingersoll/.

at Thursday, June 11, 2009
Email ThisBlogThis!Share to TwitterShare to FacebookShare to Pinterest