By Neil aka Mudflappus 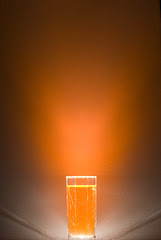 Glass of Kool-Aid by t-dot-s-dot

I once considered myself a Christian. The only positive attribute I can claim from this period of my life is the friends I made with some of the other pointy headed little kids that I endured a Christian Academy with. None of us really understood the concept of spirituality at that age and were content to snicker at biblical references to donkeys, bundles of sticks and the various noises our bodies were capable of producing in close quarters.

Through it all, I never once felt as if I fit in and concluded that I was meant for a different purpose. I became heretical much to the dismay of the more pious students, who shunned me for not following the script and simply drinking the Kool-Aid. Still, I defended Christianity with my own interpretation of scripture and my best attempt at common sense. As I have discovered, common sense isn't, and therefore I shed the mantle of Christian due mainly to Christians with whom I refuse to even associate myself with anymore. My journey lead me to a few simple truths about most blatant fundies I have had the misfortune of encountering:
I realize that none of these things are new at all and I'm sure they have been discussed at length in various forms here on this very site but this marks the first time I have ever personally placed them all in one place. (Mostly for my own benefit I think). As for myself, I have settled comfortably as a deist. I live and let live regardless of whether one wants to roll around in the aisle spouting gibberish, pray to the porcelain god after a bender of choose not to believe anything at all. It matters not to me unless one chooses to use their faith as a battering ram against my own or others.

As I continue to distance myself from that Rapture Crazed Doomsday Cult I find solace in my own definition of the meaning of life. To be satisfied with your own explanation for why things are the way they are.

at Saturday, April 04, 2009
Email ThisBlogThis!Share to TwitterShare to FacebookShare to Pinterest