Jesus vs. Santa Clause -- The Quest for the Historical Jesus, Part 1 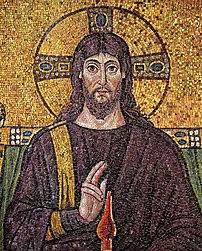 Image via WikipediaWARNING: This article contains elements of logic, reason and free thinking and may prove harmful or fatal to ones religious beliefs. Read with extreme caution.

Earlier in one of my posts I mentioned doing research on the Historical Jesus. In fact there are a few things I want to post about, I've just fallen behind. Kind of lost the writing bug for a bit. Guess the brain needs a break. All this thinking wears a guy out. (LOL)

Since this project has gotten bigger than I expected, it will be broken down into smaller blogs. It will also take a while to do the research.

If what you believe is true and infallible, then you have nothing to worry about. Yet you are worried anyway. Why is that?

Now keep in mind these are all ministers who have been to Bible college and have been in the ministry for at least 15 to 20 years. These aren't newbies by far! If anyone could help with this research they are the ones.

The first reply was from a friend named pastor Mark. He was pretty cool and just gave me some research sources. At no time was he defensive nor did he question what I was doing. That is pastor Mark for you. I have know him for years, and he is a cool guy.

I then got a reply from a pastor Mike. He just asked me to call him. Why call? Can't you just give me some research ideas? This is usually a cult tactic. If someone appears to question the belief system, get them on the phone or meet them in person so you can keep them from straying away from the faith. Nice try!

Then came the reply that raised serious red flags. This came from a pastor Bobby. He is a cool guy too, but his reply made me sit back and really think. Here it is below:

"Are you trying to prove this for yourself, or to someone else?"

Note the concern. Seems I may have hit a nerve?

"If you leave the Bible completely out of the equation things get a bit sketchy as far as the historicity of Jesus. Understand of course that the Bible we know is a compilation of many books. It would seem less than objective to completely discard four such reliable eyewitness accounts as the Gospels of Matthew, Mark, Luke, and John."

Let's stop right there. Leaving the Bible out of the equation makes proof of Jesus sketchy? And we are to expect four books that can't even agree of their facts are reliable as evidence?

How can one live a religion and follow a belief that is based on sketchy evidence? This alone is a great concern with me. And four witnesses who can't agree on various facts are considered reliable? Try pulling that in a court of law and see how far you get. Now let's continue.

"Aside from these accounts we have some references (two I believe) on Josephus' work, 'The Antiquities of The Jews." There are also some references by secular people of that time-frame in personal correspondence to one named Jesus. Specifically; Pliny the Younger, Tacitus, Suetonius. There is also a very interesting reference in a Jewish record, The Talmud, Sanhedrin 43a that mentions one 'Yeshua,' crucified on the Eve of a Sabbath."

OK, so I bit the hook and found these writings mentioned above. Josephus does mention someone named Jesus. Guess what? They were multiple people named Jesus that he mentions. One did claim to be the Christ and another was murdered by his brother, and that was just a couple of them. There was even a high priest named Judas. The name Jesus and Yeshua (Yeshu) were quite common back then. Some believe that Yeshua was another name for Jesus, but this is theory and not proved.

Now, proving Jesus Christ existed and proving his deity are two different things. We know Jim Jones existed but we know he was not god or Jesus.

"All in all there is actually more volume of testimony to support the historicity of Jesus Christ than Muhammad of the Koran."

According to who? I am sure Muslims will say they same thing about your Jesus.

"As you know, after the evidence is presented and weighed for credibility each person must make their own decision. One prominent man who did so was, Josh McDowell. He recorded his journey on a book entitled, 'Evidence That Demands A Verdict.' Might be a good resource for you!"

I have ordered this book. I will let you know what I find when I get it.

Each person must make their own decision? I think once the evidence is presented and weighted it should be enough to convince anybody. There should never be doubt about the truth. Shouldn't the evidence be strong enough so we don't have to go through all of this in the first place? God can control the smallest particle to the biggest star in the universe but he can't leave enough evidence to convince mankind once and for all he is real? Hebrews 11:1 says it all.

Now faith is the substance of things hoped for, the EVIDENCE of things not seen.

Summary: Proving the events and people of the Bible is one thing. Proving the miracles, and acts of God/Jesus is another. It's easy to take advantage of history and add fiction to facts to deceive others. For me to dedicate my life to something I need evidence it is real and worth my time and effort.

Yeah baby! It does!

at Friday, December 19, 2008
Email ThisBlogThis!Share to TwitterShare to FacebookShare to Pinterest

Quite revealing are the more secular mentions of Jesus Christ or Jesus of Nazareth. First, we have the infamous 'Testimonium Flavianum' of Josephus made at the end of 'Jewish Antiquities,' which was not published until the middle of the 90s, then we have the quotes by St. Ignatius of Antioch and Clement of Rome also made at the end of the first century and the beginning of the second century. At that time, we also have the famous apologetics quotes by Suetonius and Tacitus about Jesus and the Christiani.

Conversely, we have the Pauline Epistles which were written and preached during the 50s making no reference to Jesus of Nazareth. The author knows about a cosmic Christ the Savior, but nothing about a real live crucified Jesus Christ. Then we have 'The Shepherd of Hermes' which most scholars have attributed to the early second century, but others believe may have been written by 'Paul.' Paul was actually Apollonius of Tyana, who was of Greek ancestry, which makes him an obvous candidate to be the author. This scripture was a part of the early Church canon and makes no mention of Jesus of Nazareth. Then we have 'The Epistle of Barnabas' believed to have been written during the 80s. This early Church scripture only mentions Jesus Christ, but knows nothing about a real live flesh and blood Jesus of Nazareth.

The gospel accounts of the life and passion of Jesus Christ are believed to have been first written during the late 60s and early 70s. Strangely, prior to this time no one ever heard of Jesus Christ or Jesus of Nazareth. It was only after the gospels were written that we hear quotes about Jesus Christ. If Jesus Christ were a real person who was crucified c 30 CE we would not need gospels to tell us that he existed and that these events actually happened.

Dead Sea Scroll archivist Joseph Atwill in 'Caesar's Messiah' clearly shows in the empty tomb narrative, which appears in all 4 gospels, that the gospels had a common source and were not the product of some quasi-literate Jewish Apostles. Starting with John, then Matthew, then Mark and finally Luke, what we find is that in Matthew, Mary sees the tomb scene precisely as she left it in John and so on. This shows common knowledge among the authors of all 4 gospels. To learn more about how the Romans subverted the teachings of Yeshu and the Nazoreans and proclaimed them the revelations of their godman Jesus Christ visit: http://www. nazoreans.com