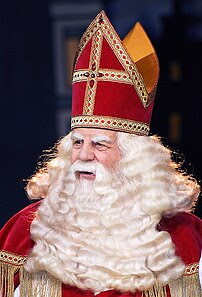 Across the country disparate sects of believers in the deity of Santa Claus have united in an effort to “reclaim” Christmas from those they call heretics for “continually dragging Christ back into Christmas.”

Until recently the notoriously contentious and litigious Santa worshippers, or Santatarians, have been primarily known for feuding among themselves over which of three denominations represents the one “true” faith.

Although only the most mainstream of the three, the Southern Santatarian Conference, is officially identified with the name, all refer to themselves as Santatarians, except in the Caribbean and some areas of the American South where “Santaria” is preferred (not to be confused with Santeria, often erroneously called Voodoo, which combines the worship of Christian saints and African spirits).

More than half of all Santatarians self-identify as fundamentalists, of which the majority practice Santaclostalism, speaking in tongues, or, more accurately, tongue, chanting the word Santa until they enter a trance through which they claim to experience perfect understanding of the “spiritual centrality of retail merchandising,” sometimes accompanied by visions in which Santa cavorts in the nude.

Seldom seen are the cloistered Claustrophobians, the priestly class, in whose monasteries and convents, according to ancient custom, males dress as Santa and females as Mrs. Claus. Reform movements aimed at bringing women into the Santa-suit-wearing priesthood, have thus far failed to gain traction among entrenched traditionalists who cite centuries of gender-specific costuming orthodoxy.

Not all Santas are equal in the eyes of Santatarians.

According to Nick “Santa” Wilson, a self-described “Santatoligist,” Salvation Army Santas are regarded as apostates. “The money they raise all goes to promoting Christ,” Wilson says. “They take something decent and good and turn it into a way to spread these far-fetched teachings of the Antisanta, Christ.”

Wilson explains that his group has filed a lawsuit asking that the Salvation Army be required to post disclaimers on all of their kettles stating in clear language that the proceeds go not to Santa but to Jesus. “False advertising, that’s what it is,” says Wilson.

With the exception of personal contacts during the Holiday Season, often conducted through an interlocutor or mediator in the form of a small child, all prayers (Santatarians say entreaties) are offered in the form of letters addressed to Santa at the North Pole. Santa never writes back.

“This is nothing new or unique,” agrees Nick “Santa” Fong, spokesperson for the interdenominational Keep Christ Out of Christmas Crusade. “These red-suited mountebanks have been masquerading as Santas for a hundred years. Why even have laws against fraud if you’re not going to enforce them?”

Wilson and Fong are both active in the Sant-America Movement, the campaign to achieve equal rights and recognition for what Santatarians insist is an off-shoot of Christianity.

“Santatarianism is precisely to Christianity what Christianity is to Judaism,” notes Fong. “You can’t have one without accepting the other.”

A call to the Vatican was not returned.

Each Santatarian sect applies its own doctrine to the loosely defined canon of books, films and recordings from which the essence of Santa is said to emerge. All Santatarians believe in a literal Santa, and all agree that Santa lives at the North Pole and that he, at least one night a year, is omnipresent.

Nick “Santa” Russell, the self-styled “Mayor of the North Pole,” explains, “It’s analogous to the Abrahamic notion of an omnipotent God that somehow manages to grant humans free will without sacrificing his own omnipotence. Except with Santa, he’s only omnipresent that one night.” Russell, who mans a remote one-man outpost of holiday cheer year-round in an unincorporated area of Michigan’s Upper Peninsula, adds, “And he definitely knows who’s been naughty or nice.”

Unlike Mr. Russell, who admits to going weeks “without seeing a single soul unless you count those girls on the Internet,” most Santatarians prefer to live near malls and department stores. And wherever there’s a Santa, supplicants are sure to show up and worship him.

“It’s actually kind of gratifying,” says veteran shopping Mall Santa Paul Brown of Bloomington, Minn. “It can be, you know, kind of hard on your self esteem to have children peeing on your leg the whole time you’re at work, that and the crying. For these folks to come to the mall and actually bow down and worship you? It’s kind of, you know, uplifting. I’d like to get my wife and kids into this religion.”

“A giant pain in the butt, that’s what it is,” says Shaker Hills Mall promotions manager Larry Holloway. “They come to worship, but they leave behind all these cookies and letters, to say nothing of the disturbance they cause while they’re here, all that chanting and genuflecting. And mall security can’t throw them out because of the First Amendment. Honestly, sometimes I wish I lived in North Korea.”

Neither Holloway nor Brown would say what becomes of the offerings Santatarians place at Santa’s feet.

Many Santatarian practices borrow from other Abrahamic religions. Adapted from Islam is “Ho Ho Hajj,” the command that every believer should attempt a pilgrimage to the North Pole at least once in their life. The Great Schism, during which Santatarianism split into its present-day sects, grew out of the debate over whether all Santas be circumcised.

The Santatarian year revolves around collective expressions of devotion, in canonical language, “Public Displays of Walking and Riding,” the most important of which is the Macy’s Parade in New York, known by Santatarians as the Procession of the Immaculate Inflatables. Christmas parades everywhere are seen as symbolic enactments of Santa’s annual descent from the North Pole.

Among the key tenets of Santatarianism are the veneration of Santa images. Especially prized as powerful talismans are large plastic yard ornaments with or without reindeer.

Image by Getty Images via DaylifeHoliday activities that most Americans regard as frivolous are regarded as sacraments by Santatarians. One example is the “Doctrine of Epistolary Entreaty,” the belief that by writing Santa letters they will be rewarded once a year with a bunch of the stuff they don’t need.

The faithful recognize closely prescribed rules regarding communication with Santa. With the exception of personal contacts during the Holiday Season, often conducted through an interlocutor or mediator in the form of a small child, all prayers (Santatarians say entreaties) are offered in the form of letters addressed to Santa at the North Pole. Santa never writes back.

at Wednesday, December 10, 2008
Email ThisBlogThis!Share to TwitterShare to FacebookShare to Pinterest