Maybe it's just not God's Will? 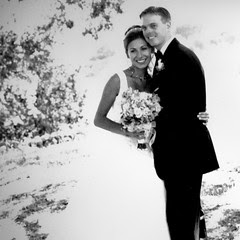 Image by Jeff the Trojan via FlickrBy Neal Stone

This time I am going to share two stories which will be followed by my point. Back in 2000, my sister, me and a few other family and friends all got ordained through the Unity Church. Our ordination was nothing to do with wanting to be a minister or run a church. We just had so many single kids in the family rapidly approaching marrying age so to save money we all got ordained.

After all, preachers around here want at least $250 plus church rental to do the wedding. You could easily drop a $1,000 or more just for the church and minister. This from churches who ware always looking for ways to attract more members. Hello, churches and weddings!!!!

Anyway I have done four weddings so far. I don't advertise, just get asked by friends and co-workers. Usually in situations where they can't afford a minister or they back out at the last minute. Just pay me what you can afford and I'm fine with that. Keep in kind I am not into doing this on a regular basis.

OK, so you got the background. I will now share the last two wedding stories to work to my point.

A co-workers daughter was wanting to get married. They used a local park and didn't have much of a budget. They had been on and off for a long time about getting married and finally decided to do it ASAP. That's where I came in. The co-worker heard I had done weddings before and asked me if I would. Sure! The wedding went well and I came up with some cool vows -- a gift of mine. Afterwards they asked if $100 was enough. For a few minutes work? Sure! Being in the wedding spirit I told them to write it for $50 and use the rest on a nice dinner. Ain't I nice?

Well time to go. I walked to the truck and went to unlock the door and was unable to find the keys. At this time we had only one key. I asked my wife and she said "No, I gave them to you when you went to get the camera out of the truck." I went back to the truck and looked in the window. Found the keys! I locked them in the truck. In my haste I put them on the passenger seat.

We ended up calling a lock smith to open our door. His charge? Oh come on, guess! Yep, $50.

The last wedding I did went off OK. No mishaps other than it rained and it was an outdoor wedding. We had a covered area so wasn't a problem. The only real issues is they went from Hawaiian theme to tux and fancy dresses at the last moment. Of course no one told me so I show up in casual slacks and a Hawaiian shirt. Out of 300, three of us actually remembered the theme. Please note the minister they hired was unable to do the wedding so I came to the rescue.

Nope, no mishaps. Figured I would get that out of the way at the rehearsal. The house where we rehearsed had an old, rusty spiral staircase that went to the upstairs. Next to it was a support beam for the upstairs balcony. Did I mention I am blind in my right eye and lack decent peripheral vision?

After dishing up some food I was walking back to the picnic table to eat. I saw the support beam and decided to go left around it. Even though my left eye is 20/30, I still didn't see the staircase (saw it earlier so knew it was there but...) on my left and proceeded to smack the side of my head into it.

Hard enough that we ended up at the hospital emergency room for stitches and a tetanus shot. I was paid $150 for this wedding and the bill from the hospital was almost $400 not to mention the $60 I spent on new shoes, shirt and slacks.

So what is my point? Here it is. My wife and I were chatting about this and she made the following comment: "Maybe God is trying to tell you something. Maybe it's just not his will you do weddings."

Hmm, maybe God needs speech lessons? Because I can think of betters ways to get that message across. I really don't think God was trying to tell me anything. If there is a lesson here is,

"Watch the hell where you are going, dumb ass!"

I just need to be more careful. That really is all there is too it. Yet people have to throw some religious lesson into the mix and complicate what is really a simple matter of facts and reason. Just a matter of logic, reason and thinking.

If God is trying to stop me for doing this then why? I am helping people out here and being honest in the process. How many ministers would be happy to do what I did even on short notice? They will charge you and then make you do counseling so they can shove their religion down your throat.

I will still do weddings if asked. I'll just make it a habit of better using my good eye.

at Monday, November 10, 2008
Email ThisBlogThis!Share to TwitterShare to FacebookShare to Pinterest