The Cosmological Argument: How can everything be so perfect and planned out if there is no God? 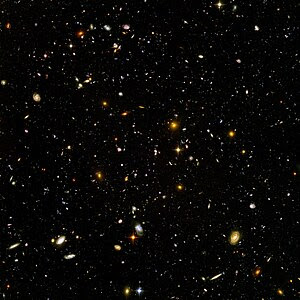 I have heard this argument so many times. But, to be honest, it did not take me much time to invent my own theory.

I am not very good at physics, but it is generally accepted that the universe is expanding, with solar systems bursting in and out of existence all the time. The Earth is the perfect distance from the sun to support life, and the Big Bang needed the right pressures and angles (and so on) to create the Earth as we know it. I accept this as fact. Yet, if solar systems are continually being made and destroyed, wasn't our solar system statistically bound to happen eventually, coincidentally, anyway? There doesn't need to be a God -- or a Creator -- just a continually expanding universe. And considering the fact there would be no universe if it were not expanding...

So, despite the fact I am a Christian, the moronic nature of the cosmological argument has forced me to score a point against myself and score a point point for a creation without God.

Philosophy tells us of the "unmoved mover." Well, something had to start it, true? But if there is a cause for everything, then how did everything start without the first thing being caused. So, I give you the carbon atom as an example. There are probably far more clever people here who can show me how wrong I am, but could it be we have spent thousands of years worshiping an atom?

I am relatively new to this site, so this idea may have been argued before, but I had to get it out there, away from the blank faces of my Church acquaintances who are repeatedly arguing the statements I just attempted to dispute. It's like an argument I once had with a five-year-old over the invincibility of a zombie. I just won't win no matter how reasonable I am trying to be.

at Wednesday, September 23, 2009
Email ThisBlogThis!Share to TwitterShare to FacebookShare to Pinterest