The real reason for religion -- control 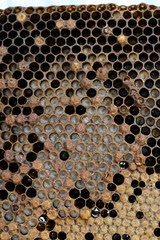 I was raised to be Christian. Christianity is a religion. I think society created religion to cope with the inevitability of death and here is why...

We became intelligent over unimaginable lengths of time and evolved into what we are today. All animals evolve to become stronger. Animals that are strong tend to procreate more than animals that are weak because the opposite sex is attracted to dominant features (natural selection). So what makes humans stand out from the animal kingdom? Intelligence.

In the course of evolution over the billions of years earth has existed, our brains developed. In the meantime, other animals were developing physically to survive their environments. Animals became stronger, faster, bigger, changed skin color or fur color, grew the necessary body parts and lost the useless ones. Humans used our brains. We had evolutionary success in thinking our way to the top. Intelligence is the most important attribute of success on this planet. Since mankind used brains instead of brawn, we evolved to create tools, to build clothing to keep us warm, to build shelter to protect from the elements and to construct language to communicate ideas. As a result, we thrived. In our constantly evolving species, our genes did a wonderful job. As the stronger portion of humans reproduced (i.e.: the most intelligent portion), mankind passed down the genes that made them succeed – brainpower. The average human today is much smarter than the average human thousands of years ago. Imagine the intellectual difference between humans today and the humans who were originally enthralled by the discovery of fire.

So mankind evolves and becomes aware of everything. We finally amass the brain power to create language and talk to one another. In all of this development, along the lines, some intelligent person becomes aware of the complexity of life and asks “what are we here for?” Then, this person sees his family and friends and other humans dying all around him and becomes aware of death. This makes him and other humans terrified. With the development of the brain came the development of complex thought processes involving awareness of time and the inevitability that we don’t live forever. While mankind toiled its brains with these thoughts, primitive animals below humans go on living their lives instinctively – consuming and reproducing rapidly like advanced bacterial life – unaware of the complexities of life, death and time.

Mankind evolved the ability to communicate our emotions and feelings and ideas very specifically. Animals can still display emotion and happiness and discontent with each other, but by growling or purring or hissing. All the while, humans evolved from using grunts and grinding teeth to developing phrases with questions and answers to communicate. So tribes formed and people realized that teamwork is necessary to live a longer, more prosperous life – evolutionary success. Mankind, also being aware of death, started communicating the idea of, “I don’t want to die and neither do you. Don’t kill me and I won’t kill you”. Any animal on earth, if they had the intelligence to comprehend death, would learn to fear death, deduct reason and realize that organization keeps us alive. Humans are just the first animals to become this intelligent on earth.

So people eventually all come to the consensus that death is scary and no one wants to die. We form rules and laws to prevent death. We say “do not kill, or you will be killed yourself”. And people, fearing death, do not kill one another (generally speaking). So as laws and rules are concocted by early primitive governments, not everyone agrees on the rules. Anarchy eventually occurs and the would-be nation crumbles do to individual thoughts and a lack of teamwork. In history, nations-to-be always failed and governments and empires always collapsed due to one thing: people are different. So people in authority (charismatic, smart individuals), no longer able to rule over populations because their own ideas are rejected, use their brains to devise a plan that no intelligent creature would deny. The idea is religion, and it claims to help people control their fate after the approaching inevitability of death.

No matter how free-thinking and individualistic a person was, it was too scary to object the idea that an all-powerful God would casts you into hell for committing ‘sins’ (a.k.a. laws set up by government). Governments said “God laid out these commandments and if you don’t follow them, you will go to hell!” So when this idea was proposed, people no longer worried about going to prison or being beheaded for breaking laws, they were terrified of the idea that they would be cast into lakes of fire for eternity by an all-powerful God. So government virtually had the same control over people that “God” has. Church and state had become a single entity.

The laws created originally by humans (ex, don’t kill, don’t steal, don’t lie, do what your parents say) were now not just backed by words like “because I said so”, but by the untouchable words of “because God says so”. People were then born and taught to read and speak language, and along with this growth came the passing-on of Christianity (I am using Christianity as my example of religion because it is how I was raised) and other religions. Whether you are Islamic or Hindu or Jewish or Christian, your belief all depends on what you have been told.

If I were to stand up in front of my family and say “I think Christianity was created by mankind in efforts to make civilization more like-minded”, they would look at me like I am crazy. Being raised in a Christian family, I absolutely had no choice in my belief. When I asked questions pondering the multitude of other religions and the amount of people out there destined to go to ‘hell’ because they weren’t Christian, the response was always stupidly similar and simple. It tread along the lines of ‘God chose you’ or ‘its all God’s plan’ or ‘don’t believe what the devil is saying to you’. With evolved reasoning and intelligence and the ability to communicate our thoughts with pin-point accuracy, it is no wonder that mankind has the ability to create the massive snowball effect of cultism and brainwashing that is religion!

So I write this, not to bash Christianity or any religion of the world, but to promote free-thinking. I used to dislike non-Christian people because I had too much fear in the God that mankind instilled in my head. Then, as I grew, I began to hate listening to non-Christians because I was afraid they were actually right. And as I grew to the age I am now, I realize that I was a drone of religion – the opiate of mankind. Once I realized this, I felt more empowered than I ever have. I freed myself from Christianity.

at Wednesday, September 09, 2009
Email ThisBlogThis!Share to TwitterShare to FacebookShare to Pinterest