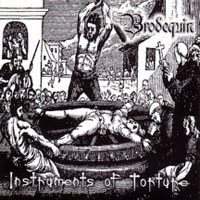 The circles I run in include a fair number of recovering fundies—people who were raised on the notion that morality comes from Jesus. In fact, the former Calvinists among us were taught that anyone who is not "washed in the blood" is utterly depraved. For real. A Seattle Calvinist mega-minister, Mark Driscoll, had this to say to his flock: "If the resurrection didn’t literally happen, there’s no reason for us to be here. If the resurrection didn’t literally happen, there are parties to be had, there are women to be had, there are guns to shoot, there are people to shoot." (Have you heard that Calvinism is all the rage?)

The more frequently someone went to church, the more likely they were to approve of torture. Children are hard-wired to be credulous, to accept what they are told—which means that this shit gets inside people at a gut level—which means it takes a lot of work to get it back out. Recovering fundies spend a fair bit of time reminding each other that just because something got wired into your brain before your critical faculties developed doesn’t mean it’s true. So of course last week’s Pew report about churchgoing and torture approval made the rounds.

In case you missed it, Pew released survey data showing that the more frequently someone went to church, the more likely they were to approve of torture. (So much for total depravity on the outside.) Church attendance in this case may be a proxy for conservative religious belief. Of the groups surveyed, Evangelical Christians were most likely to think that torture is often or sometimes ok (62%), followed by Catholics (51%), followed by mainline Protestants (46%). Nonbelievers were least likely to agree (40%).

What’s the deal? Over at the Washington Post religion blog, On Faith, modernist theologian Susan Brooks Thistlewaite, suggested that maybe the problem is rooted in theology, what is called the "penal theory of atonement." Jesus gets torture and death because the rest of us deserve it. So through the twists and turns of theo-logic, Jesus getting tortured to death turns out to be the best thing that ever happened to the human race. It’s the way believers escape the fate that awaits the rest of us—and is a part of God’s perfect, loving plan.

Does penal atonement theology lead to torture approval? Could be. A host of other hypotheses were suggested in response to Thistlewaite’s article, most of them none too flattering in their assessment of those Evangelical churchgoers:

After spending 10 years watching my tired father twitch in church, I’ll confess to my personal favorite: "Sometimes sermons are such that congregants who cannot fall asleep feel that torture is part of God's plan; this does not imply that they like it."

Scholar Riane Eisler (The Chalice and the Blade,The Real Wealth of Nations) offers a framework that may lend some relevant insights. Eisler proposes that all institutions, ideologies, and relationships can be thought of on a continuum from domination orientation to partnership orientation. In a domination orientation, people are caught up in the business of competing for control. You either eat or are eaten, and given the option, most people would rather be at the top of the food chain. Underlings use what power they do have: manipulation, deceit, passive resistance, even suicide. Those in power do harm, often because they perceive that the alternative is "being done to." Being the torturer is better than having your hands tied behind your back and a hood over your head.

Evangelical Christianity has a strong dominance orientation. The metaphor of "spiritual warfare" is ubiquitous. Onward Christian Soldiers. Dominionists seek to take control of the reins of power to rule the rest of us according to Biblical principles. In the church I grew up in, women were taught to submit, even to abuse. My pastor gave a full sermon on breaking the will of his two year old. Spare the rod . . .

But the rest of us are not immune from this mentality of domination either, which ultimately is a mentality of fear, the fear of exploitation or insufficiency. It’s so—primate. Unless the weaker monkey can sneak, the dominant monkey will eat all the grapes. Unless the weaker chimp can sneak, the dominant chimp will get to mate with all the best females. But even our primate cousins would have impossibly wretched lives without the rudiments of compassion and cooperation. Chimpanzees both seek help from one another and give it. Rhesus monkeys have been willing to starve for a week rather than shocking another monkey to get fed (Hauser, pp. 354-355). Their behavior reflects a complex blend of domination and partnership strategies dictated largely by instinct. But, our intelligence allows us more behavioral flexibility than any other species. We who call ourselves homo sapiens sapiens –wise, wise—have the power to understand fear and domination deeply and to orient our personal relationships and social institutions toward the other end of the continuum.

Even as old an institution as Christianity has the power to learn. That may be one of the most important take-aways from the Pew study. Yes, as many people pointed out, the Church has a history of embracing torture, sanctifying it theologically and using it to defend purity of belief. And yes, those Christians who are still stuck defending the "fundamental" belief agreements made in the Fourth Century may be stuck defending torture as well. But Christians like Thistlewaite who have been willing to re-evaluate the old regula fidei or rules of faith have moved both theologically and morally. Many mainliners center their theology not in "penal atonement" but in radical hospitality. Call it love. Like partnership oriented Humanists, Buddhists and others they teach their children how to think rather than what to think and don’t feel a need to "break" them to control their spiritual quest. If that doesn’t help us to outgrow torture, I don’t know what will.

at Tuesday, May 05, 2009
Email ThisBlogThis!Share to TwitterShare to FacebookShare to Pinterest