What a Fool Believes 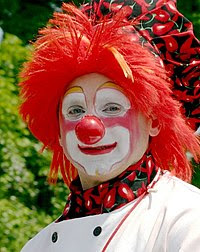 Christian, show me one fact outside your moldy old “holy” book and outside yourself that your god exists; not a theory, not an argument, not a statement by some “authority,” but a fact that is verifiable. I’m talking about a DEMONSTRATION that your god is real.

So, once we take away your old books and your feelings, isn’t it obvious that none of you has a single verifiable fact for the existence of your god – and you and all of your religious predecessors have had thousands of years to look. Yet, none of you can point to a single solitary fact, for if you could we wouldn’t be having this discussion; we would all be Jainists, or all Christians, or all Pastafarians, or all some single one of the thousands of religions which have come and gone through the ages.

Science has DEMONSTRATED the existence of many invisible things, like air and gravity and electrons, and has even produced fully fleshed out theories and equations which allow us to make testable predictions concerning these things. But when it comes to your god, you can offer no DEMONSTRATION. You say we must have faith. Not good enough. If you want us to believe in your god, then give us one testable, verifiable fact, please, just one. Without that fact, only a fool believes.

But, of course, you won’t listen. You never have. As the Doobie Brothers said long ago, “…what a fool believes he sees, no wise man has the power to reason away.”

at Sunday, May 03, 2009
Email ThisBlogThis!Share to TwitterShare to FacebookShare to Pinterest