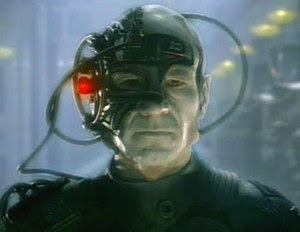 I am reading Marlene Winell’s book, “Leaving the Fold

”, and I got to a point in the book that really hit very close to home. I doubted that it would for various reasons, but it did. My first reaction was to explode on her in an email, but my anger was not directed at her. Rather it was directed at two people who are now dead: my minister great uncle and grandfather.

What did she write that triggered this bout of anger? Where do I to begin? Let us flashback to a brief conversation with my minister great uncle and work from there.

“It is the devil that is scaring you, not me.”

“No Uncle Richard. It’s you! You scare me,” which was well within my right to tell him, but still my feelings were blown off and projected onto something that was no more real to me than a cartoon character, even as a child.

So here I was reading this part of her book about Family Background, subsection “Physical and Sexual Abuse” and so many memories were triggered within me, like a flashback to a time I would rather forget.

“I had no choice!” My mother has whined to this day about the situation and anything else related to religious beliefs and her actions. She had a choice, but was too delusional and blinded to see it. Still is for that matter.

Humans are not mindless zombies who cannot think and make decisions for themselves, but some people act in such a manner, especially the religious. Sometimes it seems like I was the only one who faced reality, because it was a battle between a child’s reasoned reality and the delusions of a tribal collective, much like Locutus of Borg/Picard. Even after his rescue from the Borg Collective, Picard still could hear a memory of their voices as he struggled to overcome what they did to him. The aftermath from the trauma of Evangelicalism for me is much the same and certain things trigger an emotional response.

As though Marlene had read my mind, she mentioned in her book the two verses in Ephesians that my minister great uncle used to keep my mother and me in such an abusive situation. Their words and the battle I fought started to return to memory once again. From there, the last nails in my great uncle and grandfather’s coffins and trust me; I wanted to hammer them in badly:

“…fundamentalist wives have difficulty stopping the cycle of violence in their marital relationships because of religious beliefs about marriage and sex-role stereotypes.” “Moreover, fundamentalist clergy are likely to be unsupportive or even unknowingly endanger battered women because of legalistic attitudes.” (p 127)

“Additionally, sexual abuse can occur because the belief system permits a father to be an authoritarian head of household. The Christian wife is less likely to question or interfere with his behavior. Children are expected to be obedient.” (p 128)

She confirmed, in a few sentences, what I knew and more, thus my anger. I was right, wished my theory had been wrong. The sons of bitches taught my mother to be submissive to males, even at the sacrifice of her own daughter, thus enabling the abuser. It is not surprising that my grandfather committed suicide, because he probably had so much guilt within him concerning what he allowed to happen to his granddaughter. He and my great uncle had complete and total control of the situation, over my mother, and even me, because they taught her to do as she was told without question and I was just a child. They had enough control to sacrifice a child to dehumanizing treatment from another man. As a minister, Richard had even more power and authority over the situation. The whole thing was all in the family, especially since practically the whole damn church appeared to be family at the time, not just figuratively, but genetically also. Neither of them cared about the human factor in the whole mess. All they cared about was scripture and doing the will of something they called “God” as they allowed a little girl’s childhood to end. And for what? I do not have a clue.

Yet my ability to empathize was not hindered, because I saw through the so-called “Ultimate Sacrifice”, in which they all said had to happen for the whole world. No, it did not! No more than what happened to me. The problem is, they somehow dismissed the human factor in the whole mess and placed it on some deity. “It was God’s will.” I cannot fathom any decent deity allowing the barbaric abuse and subsequent murder of an offspring nor can I fathom that any decent deity would allow the sacrifice of a child to dogmatic beliefs. IF such a deity were real and IF he were such a wonderful father figure, he would have taken his huge almighty hand, shaken up a few adults, and maybe even removed the child from the situation. Now that would be an interesting story to see “Apollo’s hand” grabbing a few humans and shaking them, just as the hand, which was actually Gene’s, in “Who Mourns for Adonis” grabbed the Enterprise.

Similarly, the authors of the Crucifixion story could have written the story much differently, in which compassionate human beings stopped the whole thing long before the fifty lashes. If I were the author, I would have written the story completely differently, in which people showed reason and compassion about the situation, but I did not and the truth is, “it was the adults who did it!” In addition, the adults were the ones who could have stopped it, not some fictitious character. There was no god who could stop it. It was only humans, just as my favourite childhood story, The Lorax, pointed out in Seuss’ story. Thing is, even in that story, it was left to a child to do something about the situation and change the course. Interesting how one of my favourite stories with a moral involved is not a Biblical story, but rather a children’s story.

However, many Christians learn that Biblical stories and inhumane behaviours are good things, which they are not. These attitudes destroy families and people’s lives, especially children’s lives, because they have no control over the situation. Rather, the adults who have all the control and especially Evangelicals take no responsibility for their actions. Instead, they place all the responsibility for their actions outside themselves as they make stupid excuses that even a child can see through and it is sad when a child recognizes that the very adults who are suppose to take care of her are not doing it. It is also sad when the child has to search for other adults outside her family who will help her.

Unfortunately, this child never led any adult anywhere, not even out of any delusion. Until the nightmare ended, the adults sacrificed her to their fictional beliefs, as she watched them do nothing about her cries for help, except attempt to “assimilate her into the collective”, which would not have changed anything. This is such a horrible lesson for a child to learn about religious people and it eventually puts “a wall of separation” between her and those who are religions, especially the delusionally religious, while she fights to keep her own sanity. It is amazing that I ever escaped it with some resemblance of sanity left.

End note: If you have not read her book, I do recommend reading it.

at Friday, May 22, 2009
Email ThisBlogThis!Share to TwitterShare to FacebookShare to Pinterest