By the great dreamer 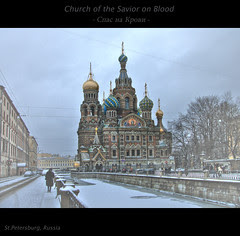 Savior worship has been around for thousands of years. It is the motivating factor behind many of the worlds religions. It is also one of the most destructive thought processes. It is a tool religions use to get what they want. A society they have total control over. People often hop from one religion to another, sometimes changing deities but rarely give up on savior worship. Savior worship allows people to put up with all sorts of traumas. "just give it to god", I'm sure you've heard that before. This is why religions implant savior worship into our minds, it makes us like clay which they can mold. We'll put up with most anything if it helps our eternal vision.

It has been over fifteen years since I threw away my religion and it's supposed savior. It was one of the greatest moments of my life, free at last. I've felt that way ever since. Unfortunately I have not had such an easy time getting rid of the savior worship mindset that religion put in me.

At first I gave up Christianity. Like most people, I tried other religions. They were really no different than Christianity, in the end only the type of chains that bound me were different.

So why did I keep seeking other religions even though every religion I studied seemed to mirror the same problems?

It took me a while to figure it out but the culprit was savior worship. My behavior after giving up Christianity showed me that savior worship is more dangerous than religion!

It is savior worship that kept me from taking charge of my own life. I would keep making mistakes so I would need to be saved. I couldn't understand why I had such a need to replace one religion with another. Religions can't fill the hole left once you lose your imaginary savior. After all an imaginary savior can only leave an imaginary hole which can only be filled by another imaginary savior.
Saviors are simply an extension of a child's security blanket. A blanket that only offers psychological protection from the fears one creates in the mind.
What would Christianity be without Jesus? Judaism! Christians are simply Jews who believe Jesus was their savior. Jews don't believe Jesus was their savior so they are still waiting.

Jews don't believe the world will ever treat them fairly but someday a savior will show up to save them from persecution.
The Christians believe their savior already came and died but since the world will never believe in him he will have to let it self destruct and then he will come back to damn for eternity non Christians while saving true Christians as god prepares a new world for them only.

The Muslims believe peace will come only after the world is completely Islamic and all non believers and infidels are extinguished.

Whew, no wonder we need saviors! We need them to save us from us!

We are trapped in a society built for the need of savior worship.

When the Russians had their revolution they closed down churches, eliminated public worship but kept savior worship. Their saviors were Lenin, Marx, and later, the evil Stalin.

Savior worship was the real reason Hitler was able to kill so many Jews. Hitler was the peoples savior, or else. So, they did what they were told. The Jews, they simply didn't fight back. They waited for their savior, he didn't come and they were killed in the meantime. They have been waiting for their savior for thousands of years.

How long does one wait before they realize the bus isn't coming?

Savior worship requires that a person has only one savior.

Remember the quote " man can't serve two masters"? Therefore my savior is right and yours is wrong. There can be no other way.

It is true man can have only one savior and that savior is you!

Why were you born? Simply, to live. You are your own savior, it's your decisions that make or break you.

Savior worship creates others to bear and blame for your problems. It is an inevitable path that has only one conclusion. Destruction. That is what these religions want, total world domination or destruction. Since humans will never agree on one savior, destruction is the only possibility!

The only other choice is to give up savior worship as a whole. To defy those who perpetuate it. To become responsible for ones own actions and place in this world. To stand up for what is good and what is real, not imaginary.

If the majority of the worlds population gave up on savior worship we could stand up and control our own destiny. We wouldn't need religion. We could create a world based on reality not fantasy. A world that simply makes sense.

If we don't the world will keep repeating its dark past and no one knows who will be victorious, if anyone.

at Saturday, May 23, 2009
Email ThisBlogThis!Share to TwitterShare to FacebookShare to Pinterest