ATHEISM IS NOT NEGATIVE 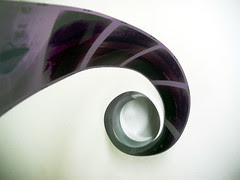 Now my (mostly forgotten) Greek is probably a lot better than average, so hold on regarding the Greek prefix, alpha, being negative. As for the actual concept of a-theism being negative, I will unswervingly go for the two negatives making a positive here. We atheists are non-believers, non-bullshitters! Are you going to try to tell me that the second term is negative! If something is nonscientific, that sounds negative; if something is nonfalse, that is positive; so is nontheism, atheism.

So it is time for all of us atheists to 'quit hiding our light under a bushel.' The term, secular humanism, is not generally as positively clear in its uplifting realistic meaning as is the term, atheism. When we atheists admit who we are and call ourselves by our right name, the believers are positively impressed; they positively know where we stand.

As for atheism the false accusation that atheism does 'not point towards any unifying set of positive principles,' I think that is patently false. Most sincere atheists are positively convinced that this natural, asuperstitious [sic] life is the real life that is the only real positive source of reliable human happiness. And to be true to ourselves, we work to make this the best possible life for ourselves and our planetary neighbors, hopefully friends.

If I had my 'druthers,' I would suggest that all of our free thinking sympaticos admit to the positively clear posture of atheism and let all the world know clearly and positively that we are one positive bunch of friendly kin trying to make our common neighborhood better. That's why I wrote Out of God's Closet.

In fact, I would like for all of us freethinkers to win the friendship of our planetary neighbors as we gently, but unequivocally, let them know what our positive principles of friendship really are. Very happily I am finding less shock and negativity connected with atheism than at any time in my life. The unifying hope I have for every reader and his/her neighbors is expressed in the following little ditty:
I MET A FRIENDLY ATHEIST TODAY

I know ‘atheists are bad people’ some say.
But this nice person was really good for me
and helped me drop a childish fantasy.
Atheists I know now are not all bad;
I hope that makes no one sad,
for here and now I enjoy this life more;
their New Golden Rule helps my spirit soar,
for now that I know this life’s no rehearsal,
with mutual help we manage every reversal.

at Friday, July 10, 2009
Email ThisBlogThis!Share to TwitterShare to FacebookShare to Pinterest