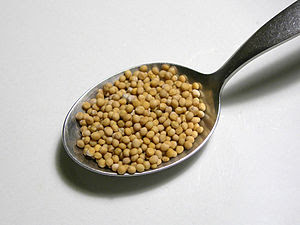 Jesus tells us in the New Testament that if a person has the faith equivalent to that of a mustard seed, we could move a mountain. Fair enough.

Given that Jesus himself provides that there is a quantifiable AND unconditional aspect to faith, here is an interesting question for Christians.

Let us say that there are two people praying for a given event. One of them has enough faith, while the second does not have enough.

My question is "Which prayer will be honored?"

Given the number of unanswered prayer requests, I find the later highly unlikely. God is clearly not one to grant anything based on my observations. All I've ever seen is "no", especially from those who need him the most.

This line of thinking leaves me with one conclusion. Is there anyone on earth with "enough faith"?

If there is, then why don't we hear of the miracles that would have been done? If there is not, then what good is god if we don't have access to him? Why is he leaving the situation as it is? For someone who is so eager to be involved in our lives, he certainly seems selfish and legalistic when it comes to demonstrating his love.

at Tuesday, July 07, 2009
Email ThisBlogThis!Share to TwitterShare to FacebookShare to Pinterest