Sent in by Colin 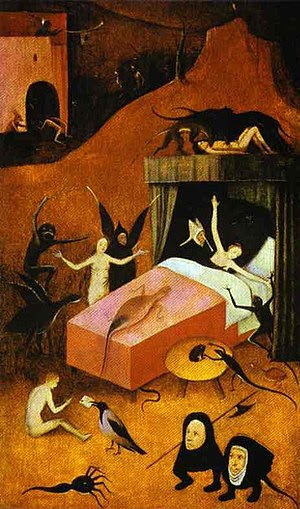 I used to believe not only in Christianity, but in Calvinism. Now on the rare occasion I come across passages like the following, I want to puke my balls out.

"The condemnation of the non-elect is designed primarily to furnish an eternal exhibition, before men and angels, of God's hatred for sin, or, in other words, it is to be an eternal manifestation of the justice of God.. This decree displays one of the divine attributes which apart from it could never have been adequately appreciated. The salvation of some through a redeemer is designed to display the attributes of love, mercy, and holiness. The attributes of wisdom, power, and sovereignty are displayed in the treatment of both groups. Hence the truth of the Scripture statement that, "Jehovah hath made everything for its own end; Yea, even the wicked for the day of evil," Prov. 16:4... This decree of reprobation also serves subordinate purposes in regard to the elect; for in beholding the rejection and final state of the wicked, (1) they learn what they too would have suffered had not grace stepped in to their relief, and they appreciate more deeply the riches of divine love... (2) It furnishes a most powerful motive for thankfulness that they have received such high blessings."

Thus it is necessary, that God's awful majesty, his authority and dreadful greatness, justice, and holiness, should be manifested. But this could not be, unless sin and punishment had been decreed; so that the shining forth of God's glory would be very imperfect, both because these parts of divine glory would not shine forth as the others do, and also the glory of his goodness, love, and holiness would be faint without them; nay, they could scarcely shine forth at all.

If it were not right that God should decree and permit and punish sin, there could be no manifestation of God's holiness in hatred of sin, or in showing any preference, in his providence, of godliness before it. There would be no manifestation of God's grace or true goodness, if there was no sin to be pardoned, no misery to be saved from. How much happiness soever he bestowed, his goodness would not be so much prized and admired. . . .

at Sunday, July 05, 2009
Email ThisBlogThis!Share to TwitterShare to FacebookShare to Pinterest