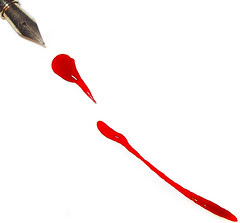 Those of us who read these pages regularly know well how destructive Christianity can be to society and personal mental health. It is important that we fight this superstitious nonsense whenever and wherever we can. Personally, over the past few months, I have taken any mention of the Bible, Jesus, etc. in the letters to the editor of our local weekly newspaper as an invitation to counter with the message that the Bible is not a fit authority on anything. Frankly, I have been amazed on several occasions at what the editors will publish; with just how far they will go. Below is a letter I wrote which came out in the paper just today. I encourage any and all of you to help spread the word of reason in your area. You might be surprised at what you can get published.

“This is written in response to last week’s letter by Gearry Ranger which called Carl Scheiman to task for his earlier letter on these pages.

Mr. Ranger’s was another of those all-too-frequent letters which quotes the Bible as the ultimate authority on everything, insisting we will find truth in a book containing a cast of dragons, unicorns, a talking snake, 900 year-old men, and a magical fruit tree. And, of course, reminding us of the enlightened words of Jesus Christ, a man who claimed a true-believer could command a mountain to move and it would move (Matthew 17:20). A man who assured us that whatever one asks of him in his name, he will do it (John 14:13). A man who promised in no uncertain terms that he would return with the Kingdom of Heaven before all of his own generation was dead (Mark 9:1). How are mere mortals to argue with such an unimpeachable source?

Of course some folks would argue that the primitive authors of the Bible simply made up all of this stuff, or were just repeating superstitious nonsense. But really, why couldn’t every species of animal in the world have lived within walking distance of Noah’s house? And why couldn’t Sampson’s colossal strength have resided in his hair? While these nay sayers claim to base their arguments on the evidences of science and history, the evidence of reality, it should be clear that they simply lack imagination. After all, even little children have the capacity to believe such wild and weird stories; why else send them to Sunday school?”

at Wednesday, July 15, 2009
Email ThisBlogThis!Share to TwitterShare to FacebookShare to Pinterest