MY QUALMS WITH PAYING ALMS TO THE PSALMS 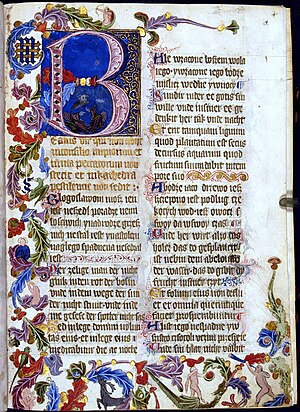 Christians say the bible is the inspired word of god. We know we can destroy that claim by a simple honest appraisal of any one of thousands of bible verses. And I think it's crucial that we attack the bible at every turn of the page.

But, I haven't seen much in the way of an assault on the Psalms. So, for a change of pace from our more common criticisms of Christianity, this essay challenges the claim that the Psalms are beautiful, inspired, or brilliant. My conclusion is that they are wholly uninspired-- even given the context and culture and level of education of their day. And none of the Psalms could make the top 40 in any year of pop music in my lifetime nor are they "classics" of literature, despite the lip service given them. More beautiful and profound things-- and more truthful things-- have been said by heavy metal and grunge rock bands inspired by alcohol and drugs than by the angel dust sprinkled down from the Christian god of heaven. (I especially love the lyrics of "Sandman" by Metallica and I see nothing in the book of Psalms that tells me that any real god inspired David rather than Hammett, Hetfield, and Ulrich of Metallica.)

Too often-- in what I guess is a polite attempt to meet bible believers half-way and seem fair-minded-- some non-believers have conceded, as one of my favorite and recently best-selling anti-Christian author has, that "there are sections of the bible that are ABSOLUTELY BRILLIANT AND POETICALLY UNRIVALED" [Emphasis mine].

But, whoa, whoa, whoa, wait a minute here! I don't see it. And I think it's a mistake to compromise our positions in these matters. Give them an inch and they'll take a cubit. While it's quite reasonable (though not necessarily effective) to try to be considerate and civil toward believers, remembering if we can in the heat of the battle that "We" once were "Them," I think we give too much deference to believers and their book in meeting them half-way and saying that any part of the bible is "brilliant and poetically unrivaled." What part would that be? Again, I don't see it.

Because the author I'm referring to is only one example of this attempted polite deference and still commands my utmost respect and has done more for the cause of exposing Christianity for the danger that it is than I have, and because the focus of my essay here is to expose that compromise and not at all to criticize him, I'll leave his name out of this and wouldn't hesitate to recommend every consonant in every syllable he has to say otherwise.

But, the assertion that "there are sections of the bible that are ABSOLUTELY BRILLIANT AND POETICALLY UNRIVALED" teaches, all over again, if left unchallenged, that the bible somehow warrants respect-- in this case as literature-- and I find fault with doing anything of the kind to perpetuate the myth that the bible deserves our respect, even as literature. Christians had their 2000 years of ignorance to build up this undeserved respect for their holy book. That's quite long enough.

Now... This assertion that the bible's words are at all "brilliant and poetically unrivaled" brings to my mind first and foremost the book of Psalms (and some passages in other parts of the bible as well that have a hint of prose, though I don't see any high caliber poetry). Beyond the Psalms, I suppose there are parts of the bible that can be construed as somewhat poetic, like the acclaimed, but lame, Song of Solomon. Even that is not "brilliantly" poetic at all. Instead, the Psalms and all else is, on the whole, uninspired and uninspiring. I'm not at all impressed. And even when I believed that stuff, I don't remember ever running to my friends and saying, 'Wow, did you read that!'

Some Christians probably would make the weak argument that the original Hebrew language of the Psalms was more beautiful. However, even if this is the case (which remains to be seen and which I have no reason to believe), only a negligible percent of Christians can or ever could speak Hebrew (even the ones who speak in tongues-- isn't that interesting.) If a Christian makes this argument, then, he is blowing more smoke (after inhaling?) than hovers above the fire and brimstone in the book of Revelation, expecting not to be challenged by anyone around these days who knows Hebrew. Even if the Psalms were more beautiful in Hebrew, essentially no convert to Christianity since its inception could have appreciated the Psalms in Hebrew, as there have never been many Hebrew-speaking converts, by the bible's own admission, and even the language of Jesus' time and place was Aramaic, not Hebrew. Israel's population in the year 2000 was only about 6.2 million-- about 1/1000th of the world's total population (6.3 billion). Even adding in the U.S. Jewish population-- probably very few of whom can speak much if any Hebrew-- the total Hebrew-speaking population in the world remains nil and negligible. Therefore any supposed beauty of the original Hebrew translation of the psalms is lost on the masses, Jews and Christians alike, let alone the rest of humanity.

Yeah, yeah, some devotees find comfort in the reading of the Psalms. But it seems readily apparent to me that this is because they believe that the bible is God's Word and when they read the bible they bring to their reading a mystical expectation that God will "speak" directly or indirectly to them in their reading. This gives an inspired and inspiring quality to their reading-- moreso than to the writing-- of the Psalms themselves. And, similarly, some of the solace a devotee obtains when reading the Psalms-- as with reading the rest of the bible-- transpires simply because he is studying the bible, which he is commanded to do. So, when studying the bible he can take solace and feel confident that he is doing "God's will"-- a confidence which is otherwise hard to be sure of in other aspects of day-to-day life (as confident understanding of what God's will is eludes even the most devout). And, frequently, a Christian will read the bible "prayerfully" and prayer itself, once again being God's supposed will and commandment, lends that same solace to the Christian. And, some of the believers' infatuation with the Psalms develops because there are lines that Christians apply to themselves-- stretching and straining the passage out of shape and out of context to misappropriate the Psalms' "blessings" to themselves. But without these artificial predispositions, I find virtually nothing to rave or write home about.

And, it shouldn't be forgotten that very much of the praise lauded on the Psalms, like the praise lauded on the rest of the bible, is simply a blind devotion to a holy book. Some of this praise is perpetuated by those who, though they are believers, don't know much more than small parts of, say, Psalm 23 ("The lord is my shepherd.... yeah, though I walk through the valley of death... blah, blah, blah").

Worse still, one must tediously pore through 150 of these Psalms to find the very little that is, to the devotee, so endearing. And many of the apparently endearing parts are redundant, redundant, redundant, with subsequent repetitions adding little or nothing to previous passages. Arrrgh-- One-hundred-and-fifty such Psalms is way too many. Even the best or worst double album or CD has only about 20 songs at most. If their god was any kind of Artist, he would've quit while he was ahead instead of trying to package and sell us all this second-rate material that will never merit any airplay. Even angels would probably rather strum their harps to Metallica's "Sandman."

I find nothing at all in the Psalms to suggest inspiration by a superior being. And, self-serving though it could be, I refer you to my "epic" poem/ lyric titled "Day Eight" in the Creative Works Forum here at http://ex-christian.net and ask you which seems more inspired to you-- "Day Eight" or any of the Psalms? (This is the second time in the past few weeks that I've referred readers to that posting, for which I apologize, but it is a worthy comparison, smashing home my conclusion that man has written better stuff than "god." And there are probably enough brilliant lines in pop-rock music over the years to put the Psalms in their place.

ADDENDUM: "Day Eight" added here, so no one has to hunt it down--

Day One, it's empty, it's black, it's void.
Nothing yet made, damned, or destroyed.
There's only Nothing, nothing to avoid,
Nothing untrue, taboo or tabloid.
A piece of the world a peace enjoys,
Til in due course, God his force employs
And commences remorse with the noise of his voice.
The god du jour was not so annoyed
Til his Almighty alchemy injected steroids
Of Somebody's sin, deep in the muscle of choice.

Day Seven from heaven, in an age long ago
When the sky hung down heavy, treacherously low,
So close that the ancients say God could converse
From behind his dark cloud blackening earth
In banging, clanging, language not understood
For whatever, for evil, forever, for good,
The God of Nothing, red as fire, red as blood,
Hands soiled with man still dripping with mud,
Black as a serial Edgar Allan Poe,
Bags his John Doe, tagging the toe.

He plunges his sword in the Adam just made
For death, with the breadth and depth of the blade.
In holy scripts he dips down deep his pen
In his lake of fire and in blood of men
To scribe and scratch and lacerate
The heart, the soul, the mind, the man he creates,
And etches his crevices, cracks, and earthquakes
In terrible tremors that tremble and shake
With unbearable things that only God could think,
In the heaviest hand, in the blackest of ink.

On the rising horizon then comes the beast,
An ambition, a mission to increase the deceased
Assembled, aligned, like plagues He released--
A malicious, mid-evil mid-east of priests,
Alloys of allies, corrupted, corroded
With verses of curses, mistaken, misquoted,
Scarred en bloc and carved in a rock,
Shards bombarding Adam's stock, shell-shocked.
In sacred scriptures on scrolls they portrayed it,
A God priests and prophets hallucinated.
They dare to swear they know Beginning and End,
Unaware to beware the prayer they pretend.

Soon commences the sacred hatred of war,
Nothing but what God in their image is for:
Conquer, convert, love to hate, life to the grave,
And the rest that won't rest in peace, enslave.
And peering up from blood with periscopes of prayer,
They're scared of a God of Nothing, Nowhere,
And for all their pretensions to transcend the dark,
Still, their sentence of life ends in question marks.
From the depths of their hearts in their darkest of nights,
Still, they see no god in sight.

Day Eight, their world finally spins around,
Their violence is silenced, their riots quieted down.
Only the cruel, corrupt, and criminal conceive
The faiths that Adam's been deceived to believe.
But never forgotten in man's misbegotten myths
Are the deep weeping wounds they left the world with
And the fragile fragments of what someone said that God said,
A god that Adam created in his head.
At the last, with their last tears shed and lives bled,
In their own dirt and dust, buried with them, God is dead.

at Saturday, July 25, 2009
Email ThisBlogThis!Share to TwitterShare to FacebookShare to Pinterest