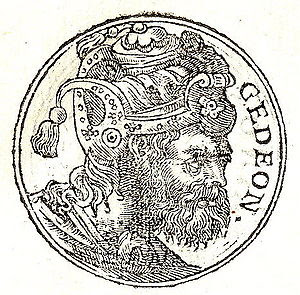 What are the universal criteria for judging the judges? We could probably all agree the criteria should include fairness, impartiality, knowledge, experience, and an insistence on weighing all of the evidence on both sides in all disputes and claims. In short, we should demand a dedication to, respect for, and a rigid pursuit of the truth. In addition, the judge should, under mitigating circumstances, administer justice with mercy.

It is no wonder then that there is so much trouble in this world since the clergy are so accustomed to being the kangaroo courts of societies and continue to insist on and get privileged status.The clergy not only ignore, but withhold and even suppress, those passages of their scriptures (evidence) which contradict each other. They do not tell “all the truth, and nothing but the truth.” They only allow certain, often dubious, “truths” to be known, and instead of saying for instance, “attributed to Jesus, or Mohamed, or Moses”, they state these sayings as actual quotes. Nor will they tell their congregants that no one knows who wrote those passages that they base their judgments on. No voices are permitted to be heard save those which agree with their own. There is no debate in the church.

Clergy will not generally criticize the unlawful or immoral behavior of other clergy members, or their over-zealotry. To the contrary, they protect them. And crony-ism is rampant among them. Religion covers a multitude of sins, and the ”credentials” they lay claim to are conferred by those who are just like them! In a comparison of judges and clergy, one could say that clergy are akin to corrupt judges, with indifference to truth, evidence, or honest witnesses.

What impact does it have on personal moral decisions and society when judgments of these clergy are honored unchallenged? For one thing, it means that the clergy’s indifference to the use of evidence to verify truth becomes widely accepted practice. And because this dishonesty and indifference is so insidious and accepted, it spreads like a virus into the body of civil and social judgments and thinking, corrupting moral behavior and impeding that dialog which leads to human rights and justice for all. The tacit respect for the clergy, with their cover—ups, contempt for evidence, and their essential indifference to real truth, is fed by the indifference of their faithful.

It is no wonder then that there is so much trouble in this world since the clergy are so accustomed to being the kangaroo courts of societies and continue to insist on and get privileged status. TAKE A REAL GOOD LOOK at them.

Thank you Bart Ehrman, Judge “If it doesn’t make sense…” Judy, Dan Barker, Richard Dawkins, and all who pursue and respect truth and justice through actual evidence. Why should the world shrink to accommodate religion?

at Wednesday, December 23, 2009
Email ThisBlogThis!Share to TwitterShare to FacebookShare to Pinterest

Just as I suspected! Thank you for that one!

thank you for the baseless denunciation of Christianity.....you posit many naked assertions but show little actual proof....your obvious anger shows in what you have written, condemning many unfairly for the indiscretions of a few....isn't that being an unfair judge? isn't that the very same thing you are railing against?

Don't get me started on the cannonization of scripture . . .

First off, no there is not a lot of unison.

Secondly, whatever unison is with in the pages of that book I do not find surprising . . . considering some clergy cherry picked the mythical books that they liked and discarded the rest.

For the longest time, I just accepted that life was unfair, and that if God was unfair, there wasn't a whole helluv alot I could do about it.
But then something happened. I started saying.."No" I won't believe the lies any more.

While we're at it, how about judging the grand hoo-ha of them all, god? What kind of judge would create and set in motion a universe that dooms billions of people to hideous screaming torture forever? What kind of judge would condemn people to eternal torture for finite sins? Human judges show mercy to defendants all the time. If the christian excuse is that god is perfect and cannot tolerate any sin, then the mercy of human judges must be a result of their ability to tolerate sin, which must arise from their sinful nature. Hello? And if god cannot tolerate sin, how was Jesus able to be in the world, surrounded by, touching and sharing meals with sinners? And by the way, if Jesus' purpose was to suffer and die for our sins so that we do not have to be punished, and the punishment is eternal, why doesn't he have to be tortured forever?

Caleb McCreary-
After 30 years, when I finally sought honest answers to the question "Why do people believe the bible is 'The Word of God'" I left Christianity.

After 30 years of very conservative indoctrination, bible college, christian schools, missions, bus ministries, etc...all it took was 6-12 months of my business being slow enough for me to study a few hours a day.

Just be honest with yourself. This doesn't mean you have to hate religious people, although when you first discover you have been deceived there is a tendency to be very bitter against the ones who taught with so much authority.

Try reading your bible sometime. It paints a picture of a badly behaved, quixotic god whose morality is based upon expediency. With this example to follow, it is no surprise that the clergy is seen as corrupt, because so many are following the example.

However, your Pavlovian response is unjustified. The article actually condemns the clergy's loose morals far less that it does their continued reliance upon a book of confabulated myth as the justification for their position and their continued parasitic lifestyle, feeding off the efforts of others and producing no harvest of any use themselves.

It is the continued intellectual depravity of the clergy and the promotion of intellectual stagnation among the laity that is the problem. The primary upshot is that those who read the bible willingly ignore the contradictions and the blatant evil in the character of their god. This results in the second outcome, whereby immoral behaviour is acceptable, especially among and within the clergy, who are the arbiters of xian morality.

Abandon the book and you will see an immediate improvement in morality. This has been our experience on the other side of the fence, free of your abhorrent myth.

Carl S: "What impact does it have on personal moral decisions and society when judgments of these clergy are honored unchallenged?"

Morality requires cognizance and deliberate choice; if one is led/being told what to do, the individual lacks morality as they lack self-identity.

A blind follower merely becomes a puppet for the pleasure of their trusted religious leader; for example.

Pope Pius-XI (1922-1939) condemned the use of contraception, and ordered German Catholics to drop all hostility/resistance towards Hitler. Also, he supported Mussolini’s invasion into Abyssinia.

All the heretic denominations are examples of xtians fleeing from the 'original' biblical authorities and their judgments.

Some of us, just fled all the way out of the pit of despair, instead of holding on to the branches of a tree with rotten roots.

How true! Religion really is an "old boys club". Priests and ministers(nuns, too, or are women more honorable? I suspect so.) have been the spreaders of great untruths for thousands of years in pursuit of power or money, or both.

Let's face it, many religious cults and or their leaders are fabulously wealthy beyond belief and it's in their best selfish interests to keep the lies going.

How would all the churches feel tomorrow if there was suddenly absolute proof that god/gods/heaven/hell etc didn't really exist and people had been lied to for thousands of years?

I suspect that many religious leaders(the Pope included) don't believe their own lies and fairy tales, but love their jobs and will say anything to keep their jobs. A direct communication with god? What value does that have to an intelligent, educated person. It's a joke to me.

One of the worst things, to me, is the swearing on the holey babble to tell the truth, the whole truth, and nothing but the truth, so help me, god, when the bible is fairy tales and the god probably doesn't exist. How can the truth be the truth when it's honesty utterance is based on fairy tales and a probably non-existent invisible deity?

Hurry the day when all religions and thoughts of invisible beings and happenings disappear and we can base the truth on humanistic values, which will be, hopefully, 100% of more value than the words of people who think that if they lie, they just need to repent and god will forgive them and welcome them into heaven, whatever monstrous things they have done to little innocent children or vulnerable adults.

Talk about baseless. The onus is on YOU, not us, to provide concrete reliable evidence to support your Jesus myth.

I tell you what Mr. McCreary, after the dawn of truth breaks for you and the cloud of magical fairy dust settles at your feet like it already has for so many of us here, I suggest you pay us another visit and explain to us then about our "baseless denunciations". Please keep in mind that there once was a time that a great number of people believed that the world was flat and it was a long hard swallow to come free of that myth. I speak for all of us here when I say that there is yet another gulp of foul spit that the world has yet to drink. And you Sir are among them. Find the courage to verify your assumptions, leave no stone unturned and bring us your finest report. We encourage you to seek with utmost earnestness. It is imperative that you do so. There is no other way to break through the mind blanket that has been given to you. If god be "the author of truth" then no punishment awaits the faithful seeker. Be as the noble Bereans (Acts 17:11). Find your courage and dive deep beyond that which is spoon fed to the masses. When the tide of truth finally breaks, we'll be right here to welcome you and support you through the anger and disappointment for having let yourself be tangled up in such a scam as has ever been perpetrated upon humanity.